For the past several years we’ve been using terrestrial LiDAR to monitor snow-covered mountainsides for avalanche stability and mitigation (Deems et al., 2015; Deems et al., 2015). We’ve even gotten some local press for our efforts. We just completed processing for our data from the Seven Sisters at Loveland Pass, CO, where we’ve been working with the Colorado Department of Transportation (CDOT) to assess the effectivity of their installed GasEx systems. I used PDAL to calculate and visualize the height of snow (HS) for these data, and the process was non-trivial enough to be worth a blog post.

The data were georeferenced using Riegl’s proprietary RiSCAN Pro and exported to the laz format. Our workflow uses UTM coordiantes inside RiSCAN Pro, which doesn’t play nicely with Riegl’s GeoSysManager, so the georeferenced laz files from RiSCAN Pro don’t have correct spatial reference information in the las header. Additionaly, as seen below, there’s a lot of in-air noise (usually due to blowing snow) and a lot of high-density points near that scanner that we aren’t really interested in. 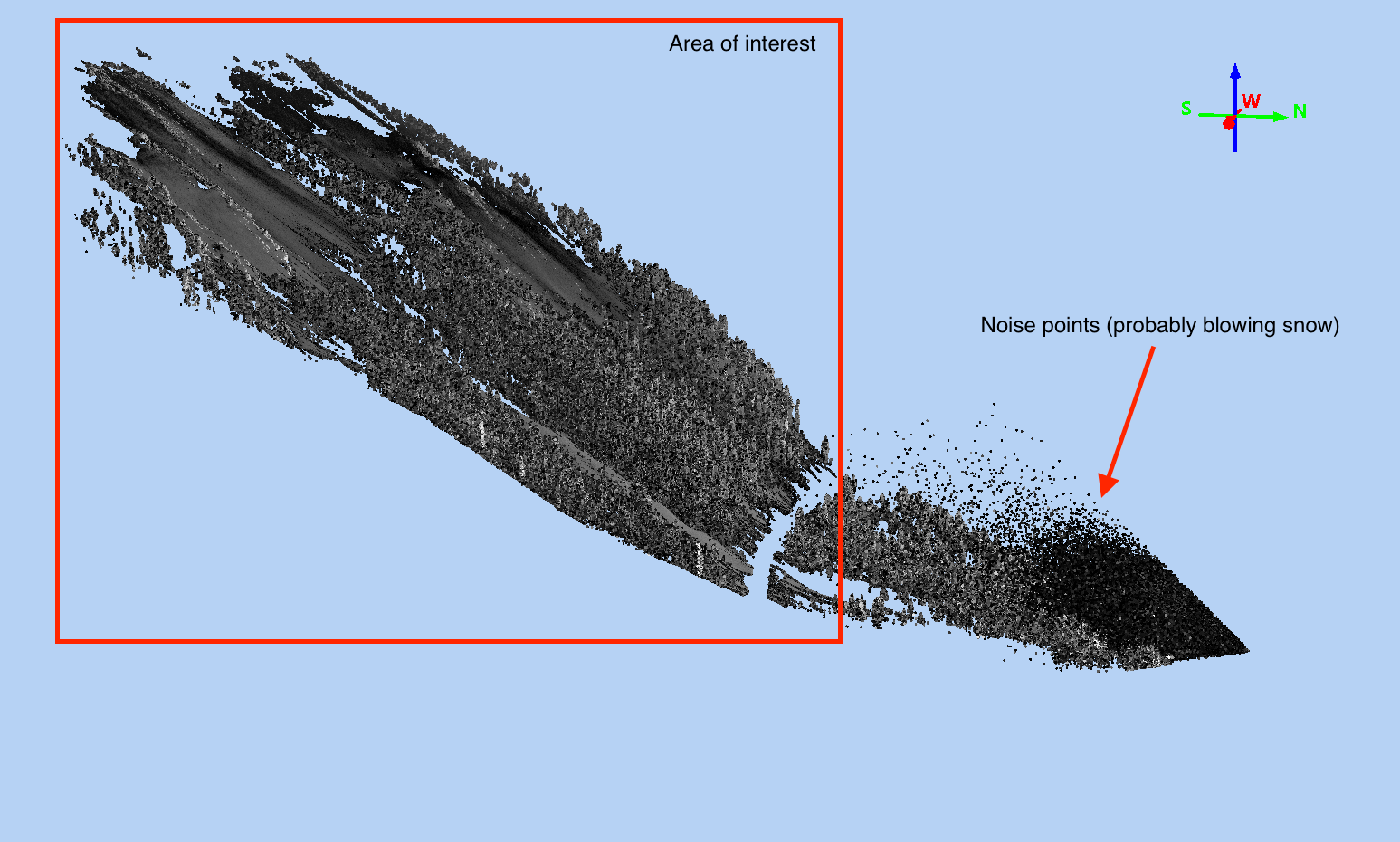 We’re also interested in removing all the trees in the scan, as we only really want a bare earth surface and the snow surface for our HS measurements.

The first step is to post-process the point clouds, as delivered from Riegl, using the following pipeline:

You’ll notice that neither the readers.las stage or the writers.las stage have filenames specified; this is because we use this pipeline via the following makefile rule. The same concept applies for all future pipelines, as well: 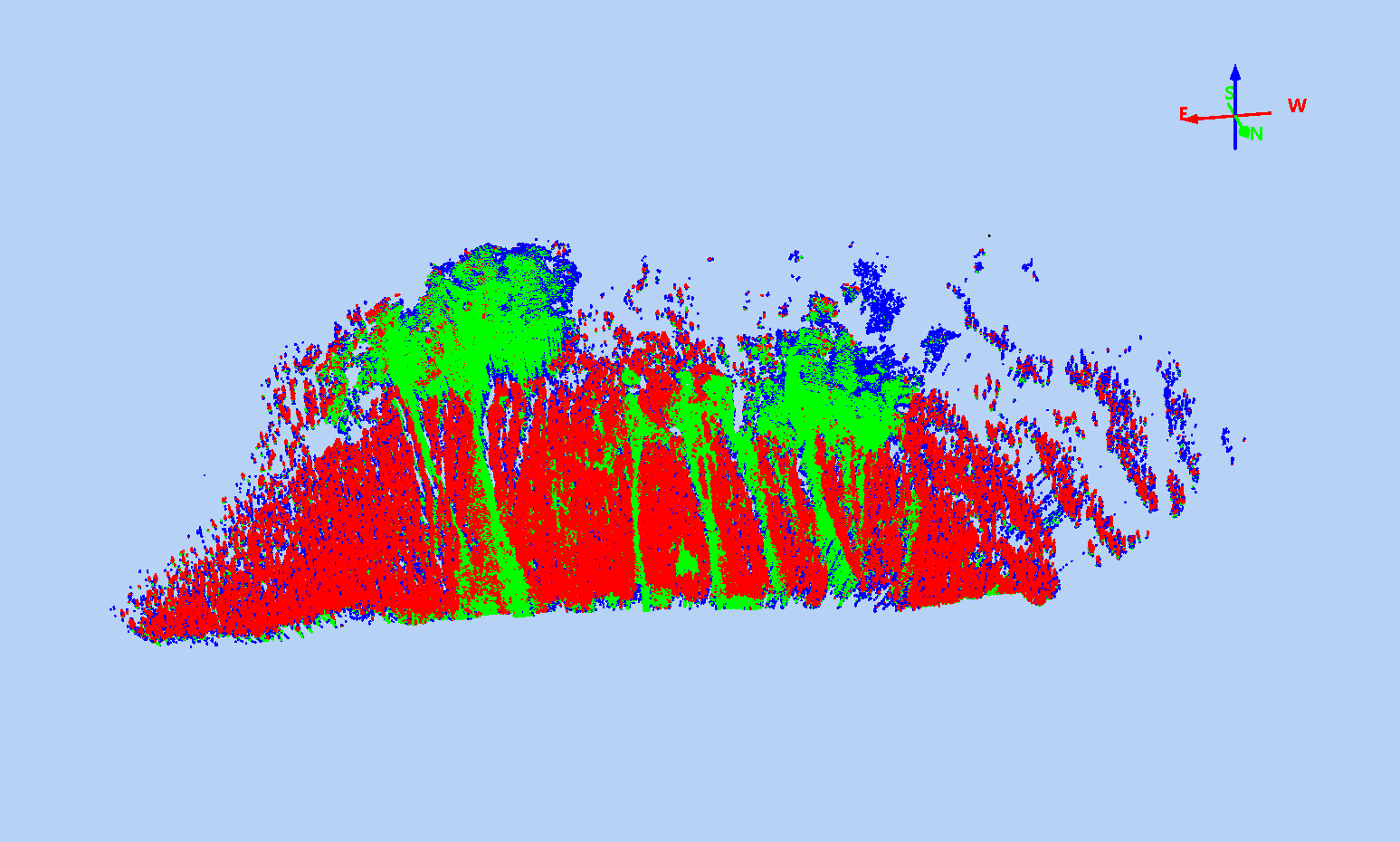 With the full resolution, classified points, we then can create bare-earth (or bare-snow) surfaces for each scan. The bare-earth surface from our snow-off scan will be the reference surface for all snow depth (HS) calculations, and the bare-snow surfaces from snow-on scans will be used for change in snow depth (dHS) calculations, which are useful for analysing the distribution of snow depth after a storm or identifying the snow removed/deposited by an avalanche. To create the bare-earth/bare-snow surfaces, we use the following pipeline:

The “2” classifications were added by the filters.smrf, and we choose a 0.5m resolution for our raster. 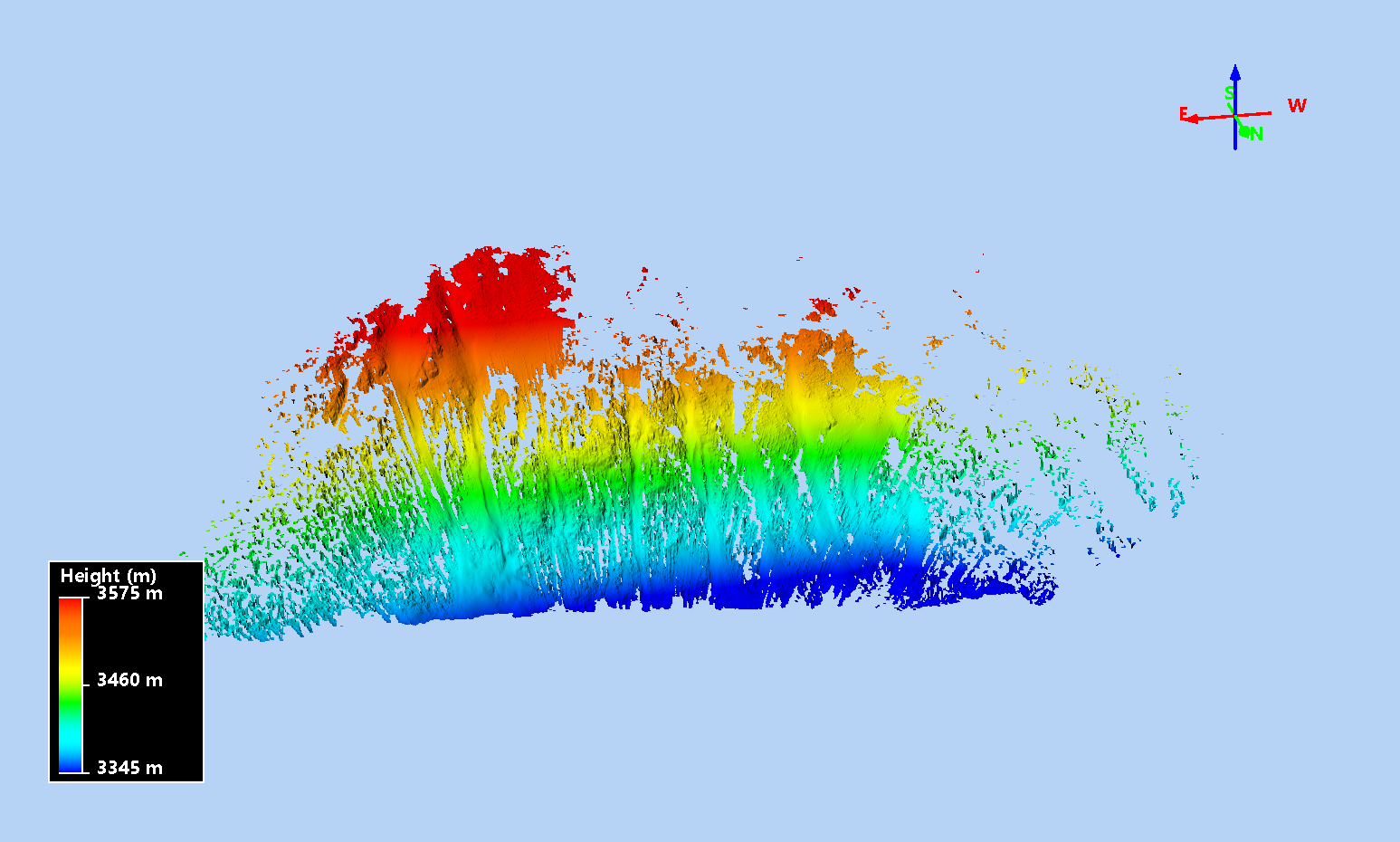 Once we have the reference surfaces, we can calculate the vertical distance (depth of snow in the vertical) between a snow-on point cloud and the bare-earth raster. PDAL doesn’t have a tool that’s perfectly suited for the job, but we can make it happen with a bit of elbow grease:

There’s a lot going on, so let’s walk through this pipeline:

We use the GpsTime field because support for custom attributes in las files is patchy at best. PDAL can write extra dimensions, but not all visualization/processing software can handle them. For this dataset, the GpsTime field isn’t super useful, and it’s a double in a las file, so it’s a convenient place to store arbitrary double data.

The hs.py script used in step 6 looks like this:

This simply calculates the difference between the Red field (bare earth elevation) and “Z” (snow surface elevation) and stores it in GpsTime. After it’s all done, we get a point cloud, colorized by HS, with the actual HS value stored in the GPS time field. 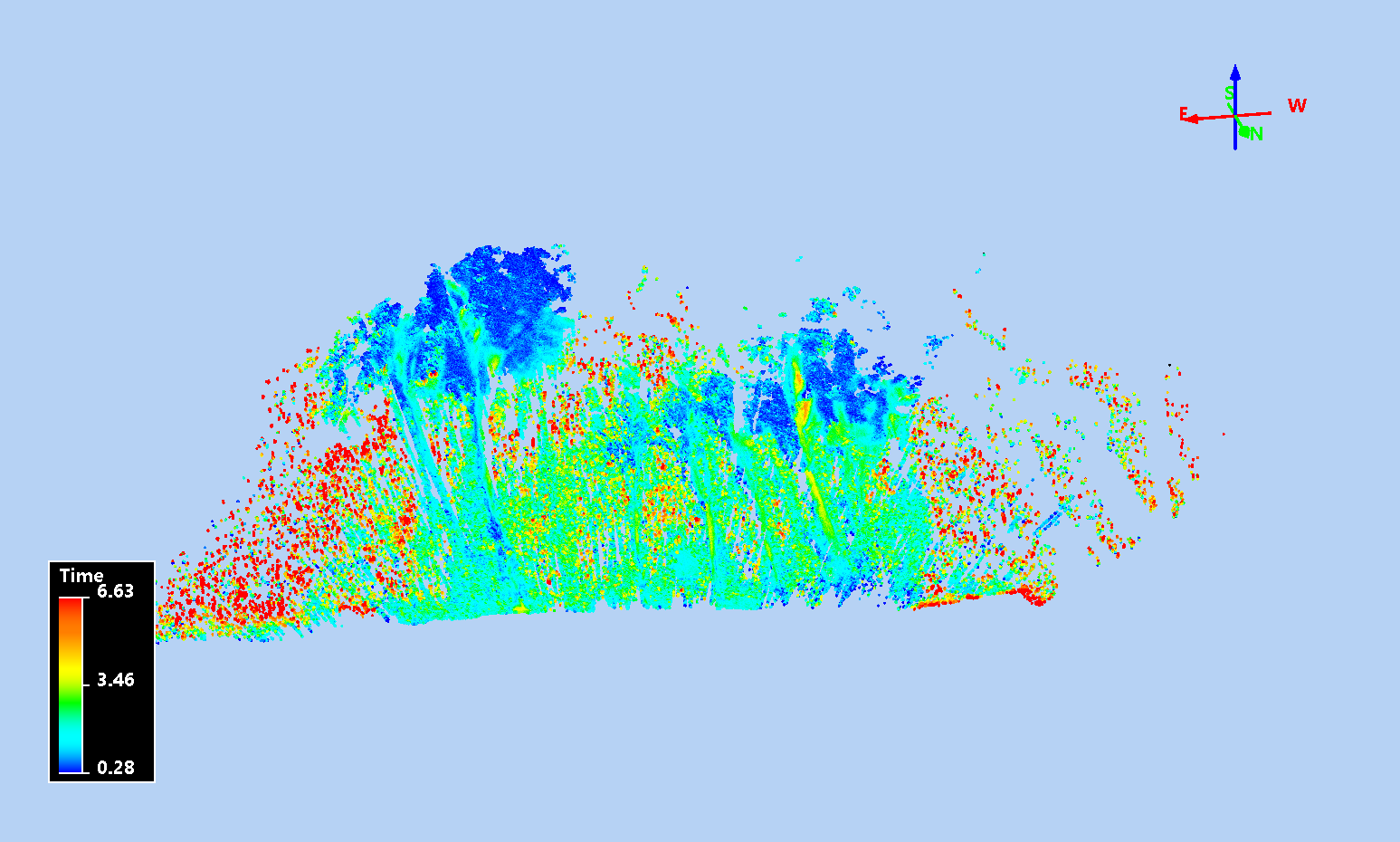 You’ll see that our ground/snow classification wasn’t perfect, and that a lot of trees stumps were left behind, leading to those red (high) HS values. Still, we get a good sense of snow distribution, and, if we do this process for a bunch of scans, we can analyse the change in HS over time.

It’d be nice to store the HS in a custom attribute, as well, so that software that can handle las extra bytes (e.g. CloudCompare) could display the data with correct labeling. But the current solution, in my opinion, is good enough!